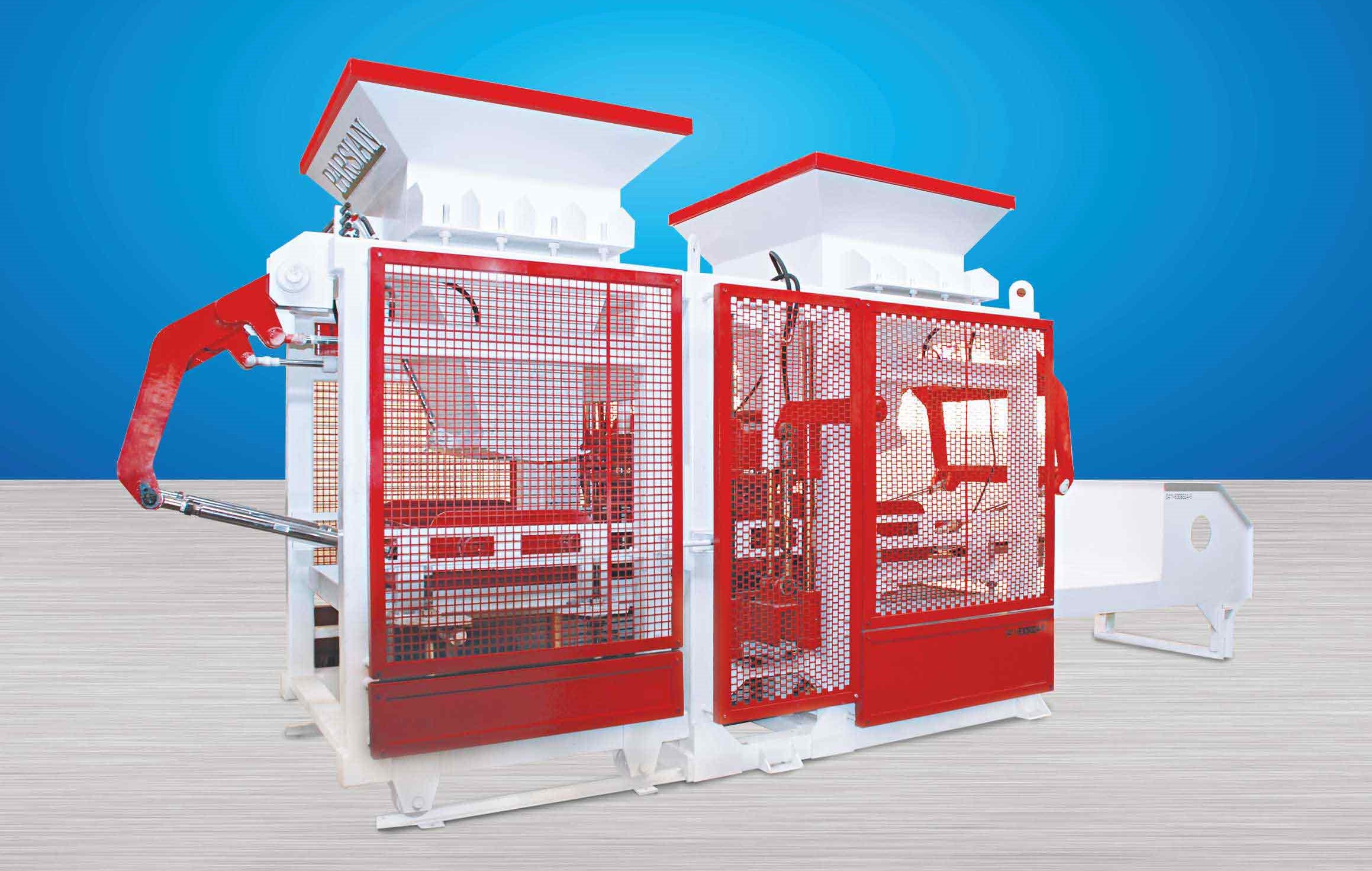 Automatic Paver Machine TP.RN1518 II Double Packet can produce different kinds of concrete parts (Paver ‘ interlocking bricks ‘ ,Hollow block,Wall Block ,curbstone , flower box). It is presented in two types (single packet and double packet). The production capacity in the double packet system is %10 more than single packet , and the other difference is in the dual–color production capabilities of the double packet system.
The TPRN1518 I (single Packet) can produce only one color products and the TPRN1518 II (double packet) can produce one color and two color products.
The advantage of double hopper is that the downward part of paver consist of the coarse-grained materials to increase the compressive strength of the flooring and the upper part consist of fine-grained materials because of the beauty of the product.
This machine is automatic. It is also possible to upgrade to full-automatic machine

The piston jack’s tube: Boch or Bohler (Germany or Italy)

The moulds are made of seven different types of sheet, each of which is used in different parts of the mould .The parts exposed to friction are used by Dillidur (Germany) or Hardox (Italy).

The parts exposed to tension are used by ST52 which are resistant to stretching.

The sheets of block and paver moulds are ST52 or ST60 and the parts exposed to friction is anti-friction.

The frame of machines is made of special Belgium boxes (12 mm) which are designed to withstand the pressure of the jacks with safety coefficient (above 3).

The buffers which are designed to prevent vibration transmission to the frame is Moeller, Neoperan (Germany)

Two set of conveyor system to transfer materials to the system

One set of conveyor system to transfer the products to the finger car.